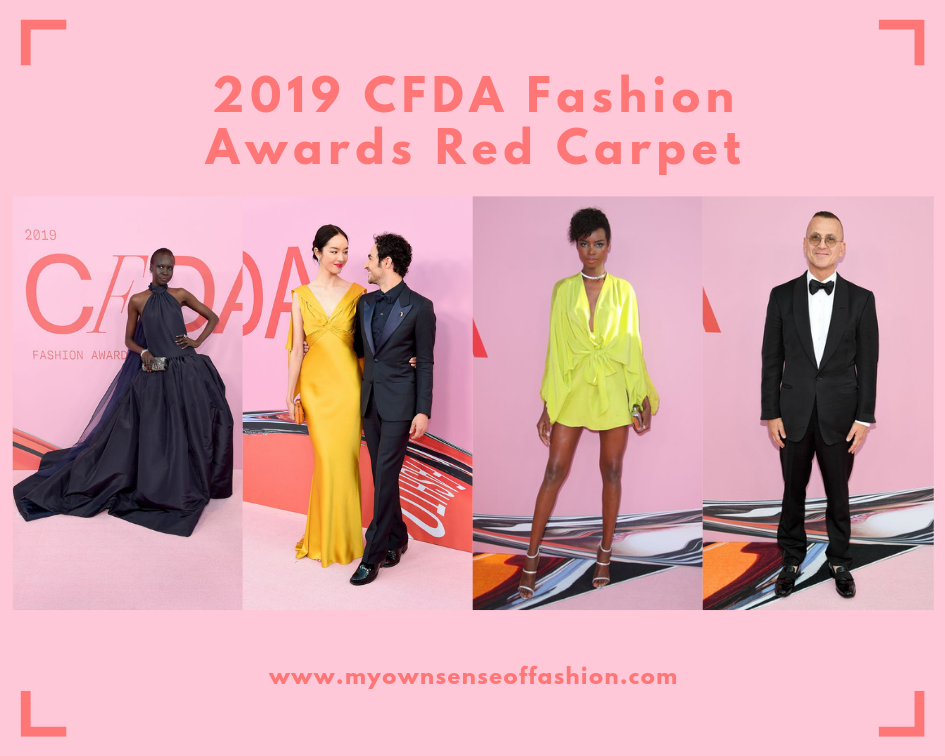 Fashion fans, we have arrived another first Monday in the world of fashion. This time around it is the CFDA Fashion Awards.  This year’s CFDA Fashion Awards took place last night at Brooklyn Museum for the second year in a row & marked the first show with Designer Tom Ford as Chairman.  The award ceremony was co-hosted by Comedians Jessica Williams & Hasan Minhaj.   It is a night awarded the who’s who in the fashion industry including some of the biggest designers, entertainers and more.  Some of this year’s honorees include Geoffrey Beene Lifetime Achievement Bob Mackie, Fashion Icon Jennifer Lopez, Positive Change Award Eileen Fisher, and even Board of Directors’ Tribute Barbie.   Of course, we couldn’t view the award show itself we could check out all the red-carpet fashion. Check out some of our favorite looks from the night.

Which was your favorite look from the pink carpet?  Let us know in the comments and stay tuned for our next red-carpet recap.

All images/information appear courtesy of Elle, Vogue,  WWD ,and CFDA.