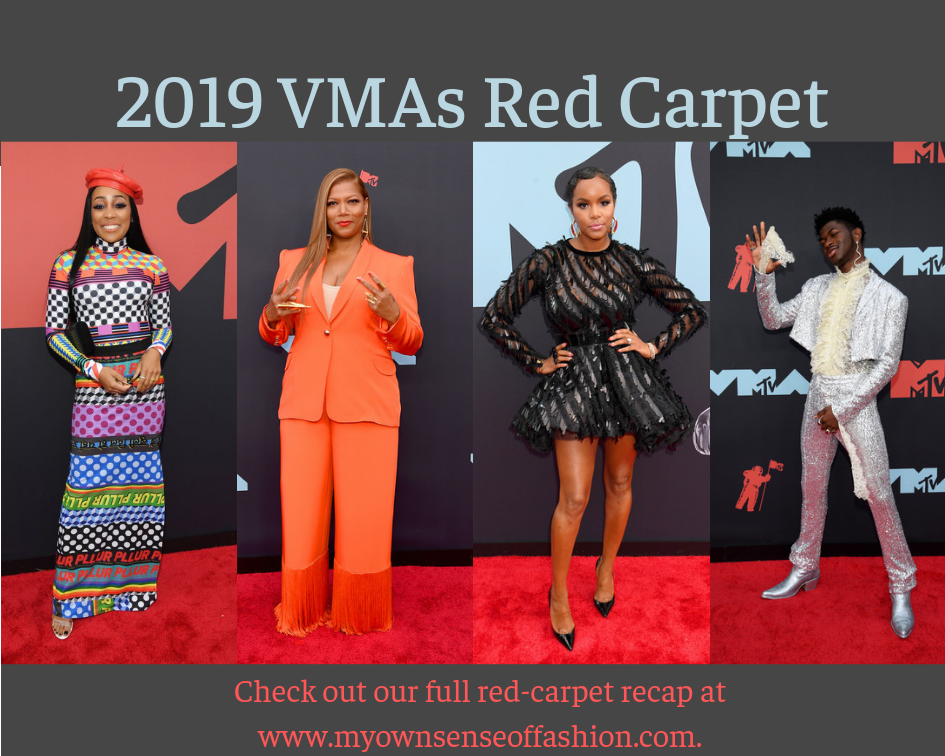 It’s officially VMA time. Last night the 2019 VMAs took place in New Jersey’s Prudential Center located in Newark.  This year’s ceremony marks the first time the award took place in New Jersey.  This year’s show also marks the return of having an actual host by way of Comedian Sebastian Maniscalco. The night was filled with awards and performances. We personally were looking forward to this year’s Video Vanguard Recipient Missy Elliott.  While there were many moments from the night that had social media buzzing, we would be remiss to mention the red carpet looks.  As usual, there were so many different styles, taste and etc. to choose from.  Check out some of the looks from last night’s red carpet below.

LeToya Luckett-Walker in House of Chapple

There you have it for the VMAs until next year.  Did you watch the award show?  Have a favorite performance or red-carpet look? Let us know in the comments.