Last night the 2018 Met Gala took place at the famed Metropolitan Museum of Art in New York City.  This year theme’s and exhibition is Heavenly Bodies: Fashion and the Catholic Imagination.  With such a provocative theme we were courtesy to see how the celebs would interpret it into the looks for this year’s event.   Some of played it safe while others took the theme and truly ran with it.  While they were plenty of looks that had us talking here are few of the looks from the night.  Be sure to tell us which ones stood out to you in the comments below. 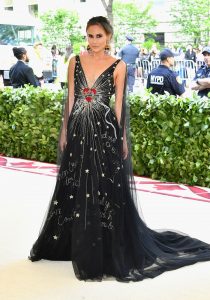 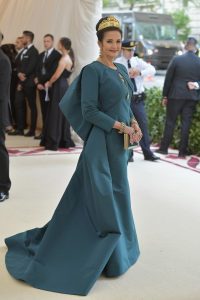 It is settled we must find a crown like this. 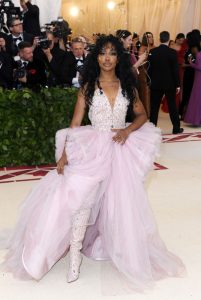 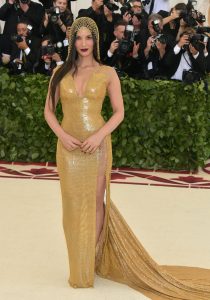 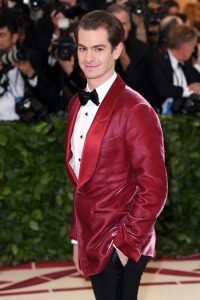 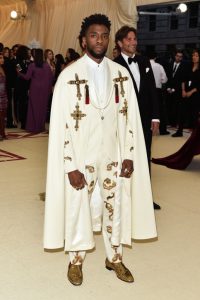 We loved how he represented for the guys and embraced the theme. 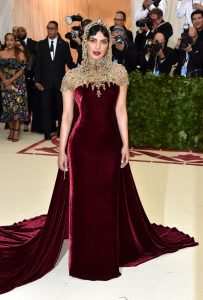 Our favorite part is the headpiece. 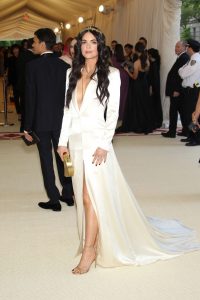 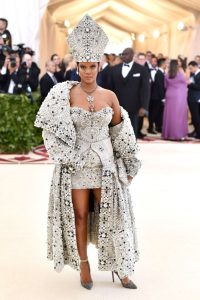 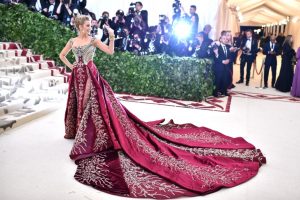 We loved the detailing and train. Versace was a popular designer on the carpet last night. 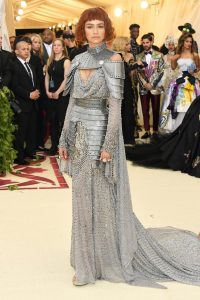 We appreciate the Joan of Arc historical reference. 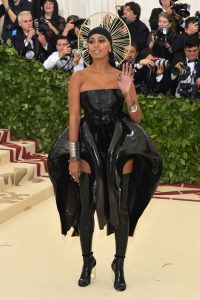 Cardi B in custom Moschino 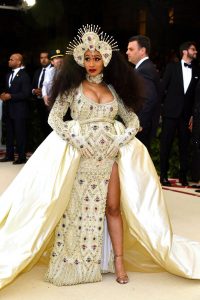 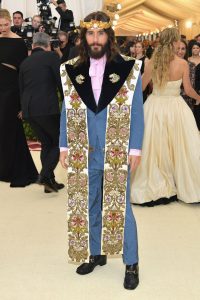 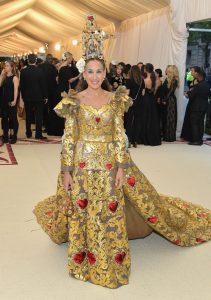 She’s another person you can count to give you a memorable Met Gala look. 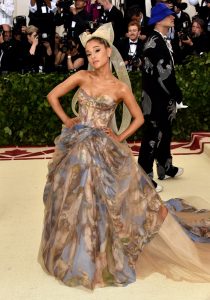 This gown is simply gorgeous and we are not just saying that because we are big Vera Wang fans here. 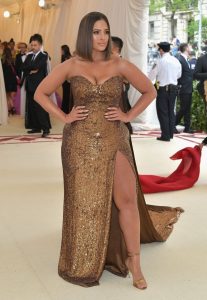 While she looks stunning we wished she would have played it up a bit (i.e. accessories). 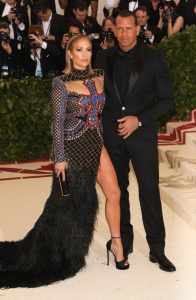 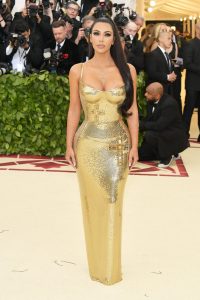 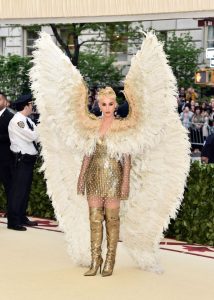 Honestly, we didn’t expect anything less from her.

There was no shortage of headpieces, crosses and bright colors on last night’s red carpet.   Which look caught your attention?  Which celeb nailed the theme? Let us know in the comments.

Heavenly Bodies: Fashion and the Catholic Imagination exhibit runs May 10-October 8 at the Metropolitan Museum of Art.