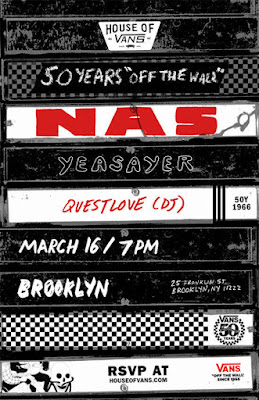 Image Credit: Vans
Today marks the 50th anniversary of the skater –inspired shoe and casualwear brand. In honor to celebrate they are having an event called “Off the Wall” taking place at House of Vans in Brooklyn, House of Vans at the Mohawk at SXSW in Austin, and House of Vans in Toronto, Canada.   According to their website the event includes sports, art, music and street culture with a worldwide celebration of creative expression.  Performers include Nas, Dinosaur Jr., Wu-Tang Clan, The Kills, Erykah Badu, Jamie xx, Dizzee Rascal, Yeasayer, and Shlohmo.

Image Credit: Vans
You can catch live coverage on their Snapchat.  You can also shop their 50th-anniversary collection here.
50th SK8-Hi Reissue

Image Credit: Vans
Vans were founded on March 16, 1966, by Brothers Paul Van Doren and Jim Van Doren along with partners Gordon Lee and Serge Delia open for business at 704 E. Broadway in Anaheim, Calif. In 2010, Vans open the House of Vans in Brooklyn.
The brand is a staple on the skateboarding and music scene.  Some of Vans famous collaborations include Disney, and the rock band Metallica. 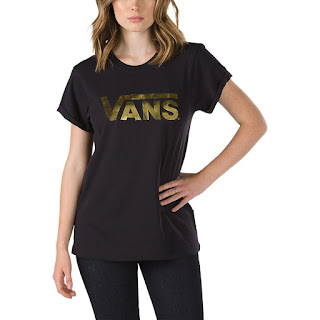