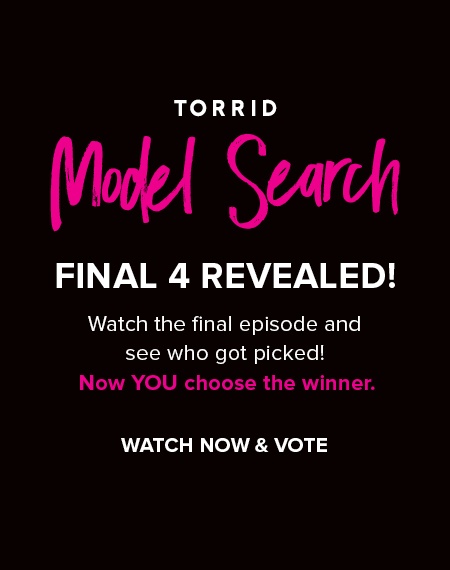 Last month, the top ten finalists of Torrid 2018 Face of Finalists were revealed & received the opportunity to rock the runway during the brand’s 1st runway show at New York Fashion Week. Originally, we reported that the final four finalists would be revealed next month. However, we are happy to report that there are revealed earlier than originally announced.  After many model searches across the country, it all comes to come to these final four fabulous ladies.  This year, you get a chance again to cast your vote for which finalist should be the next Face of Torrid by clicking here.