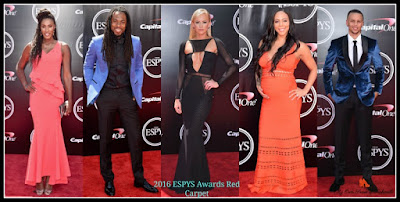 Last night was the 2016 ESPYS Awards that took place at Microsoft Theater in Downtown Los Angeles.  The evening was hosted by WWE Superstar John Cena.  The night was to celebrate the achievements in the world of sports. However, several athletes and honorees to took this chance to use their platforms to address important current issues including equal pay, and gun violence just to name to name a few.  On a lighter note, there was plenty of red carpet fashion. It was numerous appearances of Black, Velvet, and Bright Colors just to name a few.  Here are some of the looks from the red carpet.
WWE Superstar Danielle Moinet (Summer Rae) in Bao Tranchi 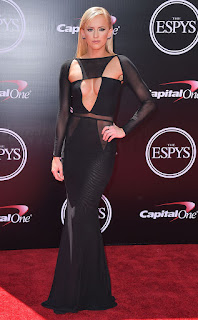 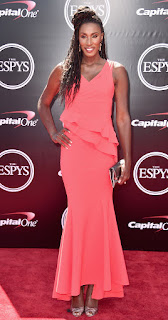 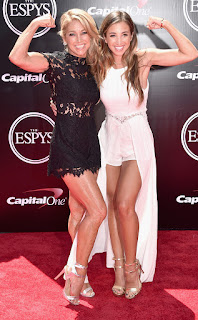 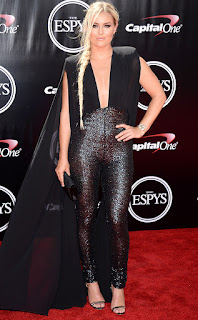 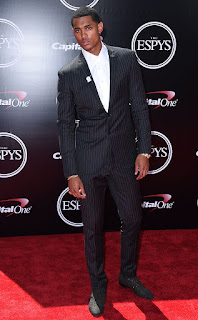 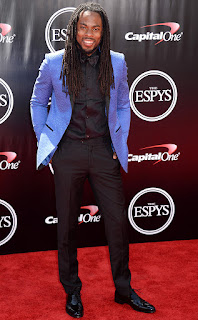 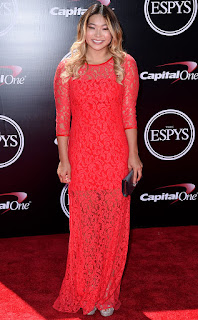 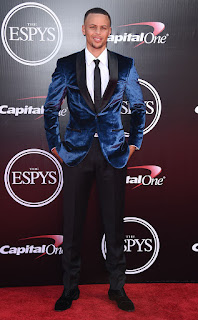 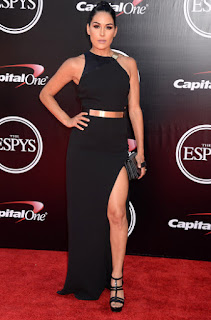 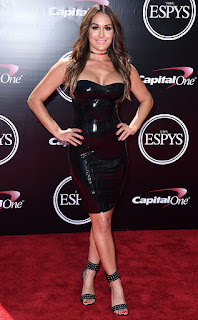 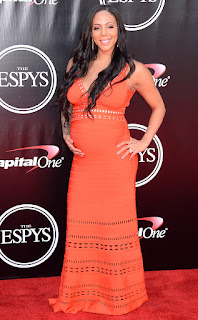 Which red carpet looks were your favorite? Let us know in the comments below.
All images/information appear courtesy of E!Online and Footwear News.
All opinions expressed on the blog appear courtesy of Tamarah Brown for My Own Sense of Fashion © unless otherwise stated (i.e. interviews).  No use or reproduction may occur without the written consent of the author.
Follow us on Facebook ,  Instagram, and Twitter  to see what we have in store. Let us know what topic you would like next on the blog.