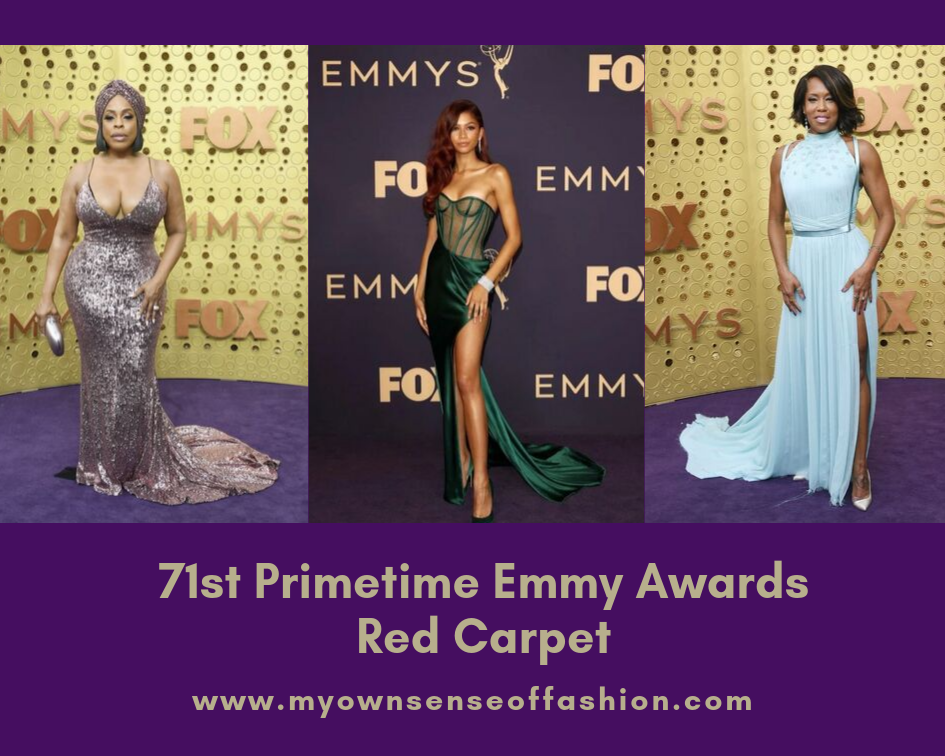 The 71st Primetime Emmy Awards took place on Sunday night at Los Angeles’s Microsoft Theater. The ceremony went without a host which was the running gag in the intro. Aside from being a big night for television, there was plenty of red carpet looks. Red & Pink was a popular color combo for the ladies. Check some of the looks from the purple carpet.